Skip to main content
Labels
Posted by A Cake To Remember LLC June 10, 2011

Last week I wrote a description of how to make royal icing coral. Another type that's easy to make using royal icing is the kind that looks like clusters of little fingers.
First, cook some of the royal icing in the microwave as described before. When it cools down, crush it into small chips.
﻿The next step is messy...Take some stiff royal icing, roll it out using your hands (the icing should be pretty stiff but still a little sticky) and roll it in the crushed chips. When it's totally covered, set them aside to dry.
﻿﻿﻿﻿﻿﻿﻿﻿
Once all of the "fingers" have dried, dust them with some color if they were white and you want color, or leave them white. 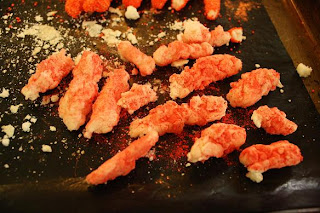 Using melted sugar, royal icing or melted chocolate, attach as many of the pieces together at the base as needed to get the size coral cluster you want. 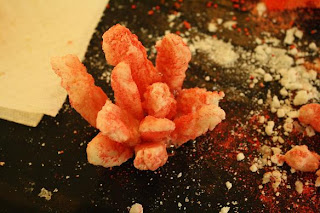 Another way to do the stick-shaped coral is to roll a long piece of fondant or gumpaste, wet it until it's slightly sticky, then roll it in colored cake sprinkles. Set them out to dry, and then dip them in confectioner's glaze to set the sprinkles in place. 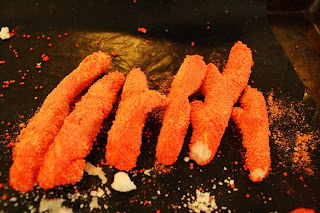 I've also seen the method of taking grape stems and piping royal icing over them to mimic the organic shape of coral using the stems. That's a good way to get the shape, but it won't be totally edible. 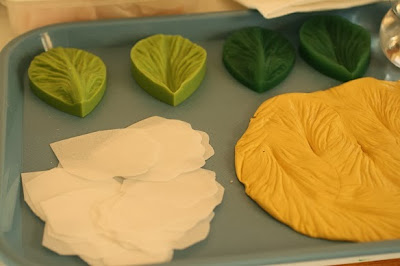 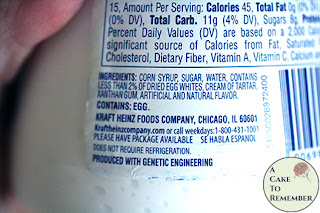 Another Homemade Cake Lace Recipe, And What Different Ingredients Do